Alexandria Ocasio-Cortez was obliterated on Sunday by Republican Rep. Nicole Malliotakis – a Cuban American who claimed that AOC is “nothing more than a communist sympathizer.”

Rep. Nicole Malliotakis tore into her colleague during an appearance on “Fox News Live,” after the self-proclaimed socialist AOC attempted to blame the U.S. government, not Cuba’s communist government, for the suffering of the people on the island nation.

AOC, like a number of other radical members of the Democratic party, suggested that the long-held U.S. embargo was responsible for the unrest in Cuba, even as protesters continue to call for an end to the communist regime.

She added, “Look, Cuba does business with nearly every country in the world, and for six decades they remained a communist regime.”

“So Alexandria Ocasio-Cortez is nothing more than a communist sympathizer who wants to bring socialism to the United States of America and I’m sure she sympathizes with the regime in Cuba. But the reality is that they use everything that they get when they do business with other countries for the regime, they use it to reward the people in the ruling class, it never gets to the people…”

Republican Sen. Ted Cruz, another Cuban American, blasted communism during a separate speech on Sunday – pointing out that people only seem to flee communist-run countries for America, not the other way around. 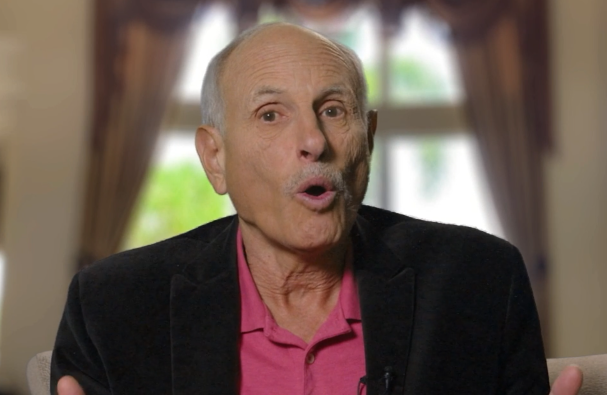 “Their ideas don’t work, tyranny doesn’t work, freedom is powerful and that’s what y’all are defending and I am proud to stand with you.”

The communist regime in Cuba is facing the largest citizen protests in decades, spurred by food and medicine shortages, and power outages that pushed tensions over the top amid a long-lasting discontent with the oppressive communist government.

President Joe Biden has virtually ignored the humanitarian crisis occurring just 90 miles south of Florida, despite mass protests in the U.S. which have seen Cuban Americans pleading with the president to deliver some sort of aid to the Cuban people.

A group of demonstrators draped with Cuban flags even went as far as to cover cover themselves in fake blood as they protested Saturday outside the White House, in a desperate attempt to get the president’s attention.

Three adults and two children dressed in “Young Pioneer” school uniforms joined hundreds of other protesters on Pennsylvania Avenue, laying down on the sidewalk in front of the White House. Other protesters chanted “Freedom for Cuba” and carried signs, including one that read “You’re sitting by while we die,” and another that said, “Cuba’s blood is on your hands.” Another sign read, “Biden, history will remember how you turn your back to Cuba & all the Cubans who voted for you.”