Within 24 hours of the Capitol riots, we saw reports from respected investigative journalists like CBS News’ Catherine Herridge that pointed to the breaching of the Capitol being a preplanned attack.

For example, Herridge reported on January 7th that the first pipe bomb was said to have been found at the RNC around 12:45 as Trump was still giving his speech:

#CapitolHill NEW: Law enforcement report from 1/7 obtained @CBSNews lays out – what appears to be – a significant timeline. First pipe bomb at RNC called in at approximately 1245 as POTUS spoke at rally with a second device at DNC called in approximately 1315. NOTE: Timing + pic.twitter.com/G6qGWLbTB7

As I speculated last week, from that information alone, we could glean that the storming of the Capitol was likely preplanned. In other words, it doesn’t seem likely that random rallygoers were just standing around listening to Trump’s speech and then got “incited” enough to leave and then make and plant pipe bombs to distract law enforcement.

Day by day as we learned more information about what happened, and what the FBI reportedly knew about the possibility of violence in the days leading up to the riots, the incitement charge leveled at President Trump by impeachment-minded Democrats slowly unraveled.

The preplanned element that was becoming more obvious by the minute was the elephant in the room that the Democrats and Republicans in the House who eventually voted to impeach Trump ignored.

But yesterday, on the day before Trump would hand over the keys to the Oval Office to Joe Biden, the Washington Post published a detailed report, acknowledging that what happened on January 6th “was not an entirely impulsive outburst of violence.” The piece ran with the headline “Self-styled militia members planned on storming the U.S. Capitol days in advance of Jan. 6 attack, court documents say”:

In other words, it was preplanned.

Even CNN reported last week on the likelihood that the attack on the Capitol was preplanned.

This would appear to change the ballgame at the Senate’s impeachment trial. Remember this from the impeachment article:

Shortly before the Joint Session commenced, President Trump, addressed a crowd at the Ellipse in Washington, D.C. There, he reiterated false claims that “we won this election, and we won it by a landslide.” He also willfully made statements that, in context, encouraged — and foreseeably resulted in — lawless action at the Capitol, such as: “if you don’t fight like hell you’re not going to have a country anymore.” Thus incited by President Trump, members of the crowd he had addressed, in an attempt to, among other objectives, interfere with the Joint Session’s solemn constitutional duty to certify the results of the 2020 Presidential election, unlawfully breached and vandalized the Capitol, injured and killed law enforcement personnel, menaced Members of Congress, the Vice President, and Congressional personnel, and engaged in other violent, deadly, destructive and seditious acts.

I’m not a lawyer and I’m not a Senator. But I can hear, read, and see. And it looks to me like the case for convicting Trump of incitement based on the speech he gave to rally-goers that day just got a whole helluva lot weaker thanks to the emerging information about the pre-planned nature of the riots. If Republican Senators truly do plan on voting based on what they hear as it relates to the evidence, it’s hard to see where they could in good conscience vote to convict. 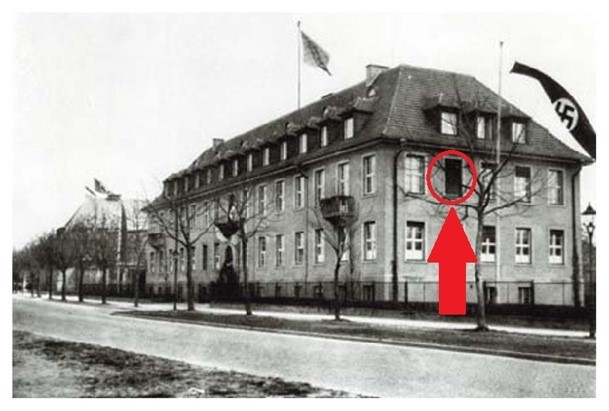 News Democrats Ignore Their Own Guidelines During Inaug…