A Dallas salon owner is the latest viral hero of the lockdown protest movement as her decision to shred a citation during a rally has made her a champion of the movement.

Shelley Luther had originally made headlines by opening her salon despite the fact the state is locked down until April 30.

Luther received a citation from Dallas police. At the event on Saturday, as the crowd cheered her on, Luther tore the citation up.

The tearing up of the citation was the high point of the Open Texas rally at Frisco City Hall in Frisco, Texas.

Check out the WFAA report below: 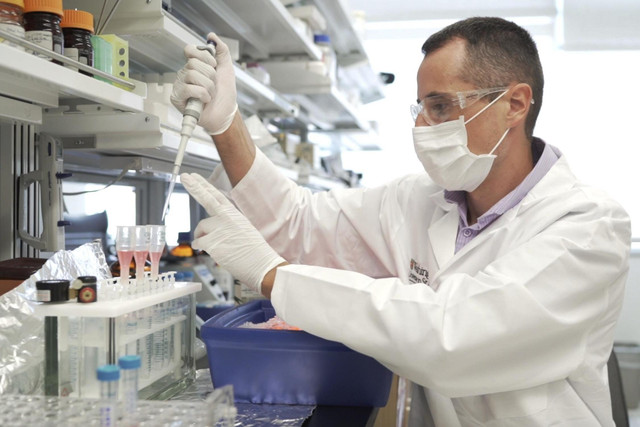 “I’m not anyone special,” Luther said, according to WFAA.

“I just know that I have rights. You have rights to feed your children and make income and anyone that wants to take away those rights is wrong.”

The letter read that Luther’s decision to open was “a violation of this order during a pandemic may be punished criminally as a misdemeanor or enforced by civil action pursuant to the order.”

Kristi Parker, a hair stylist at Luther’s Salon A la Mode, also said that the governor was infringing on their right to make a living.

“Have you ever heard of the right of assemble? The right to work? The right to pursue happiness?” Parker said Friday when the salon reopened on Friday, according to KDFW.

“And I don’t appreciate the long arm of the government telling the blue-collar workers that we can’t work.”

Dallas Police are back.
Dallas Fire here too.

We are at the plaza where Salon A La Mode opened against shelter-in-place orders.

City told me code dept is working w/ county to determine next steps. City fine can be $50-2000.

Luther had said before she had opened that she was “prepared to take on whatever it is that comes.”

The rally drew hundreds of people, all of whom demanded that Texas Gov. Greg Abbott, a conservative Republican, reopen the state from the coronavirus stay-at-home order.

“The time is come to stop living in fear, Texas,” Grant Bynum, an administrator with Open Texas, told the Frisco crowd, according to WFAA. “Open Texas now!”

“In all wars there are casualties,” Army veteran Carl Fira told the crowd, saying that they had to face down the “invisible enemy.”

“We need to not be afraid like the American soldier, and push through, get our lives back feed our family,” Fira said, according to WFAA. “We don’t need to ask permission from nobody. Even if some people die.”

Abbott, who activated the state’s National Guard in mid-March as part of efforts to deal with the crisis, is expected to reveal details about how the state will reopen and what reopening will entail on Monday, WFAA reported.

In a series of radio appearances last week, according to the Texas Tribune, “Abbott stressed in the interviews that he is seeking approval from medical advisers on the business reopenings and that they will reopen under new standards to slow the spread of the coronavirus. He also suggested his announcement’s implementation could vary by county, depending on how prevalent the virus is in each place.”

He added that businesses won’t be “fully opened, but … will be opened in strategic ways, in ways that are approved by doctors to make sure we contain the coronavirus.”

They’d better get things open in a hurry. Otherwise, you’re going to end up with a lot more of these citations being torn up.

News Mueller’s Case Against Michael Flynn Is About To…